Studying an English course in the United States will give you the unique opportunity to learn about American culture and traditions, live with an American family, or in an apartment with other students, from the cosmopolitan East Coast to the spectacular beaches of the West Coast. We have English courses on the east coast and the west coast of the United States.

You can take an English course in any of the 50 states that comprise it.

New York is the financial capital of the United States, a city that has life 24 hours a day. Of the day The huge skyscrapers, such as the Empire State Building or the Chrysler Building, will leave you with their mouths open, as well as a multitude of museums, such as the Moma and majestic bridges that will remind you of your stay in New York every time you see them on television or cinema. The helicopter trip over Manhattan will leave you with an unforgettable memory.

Chicago is another very close city with an excellent student atmosphere.

If you like canals, your city is Fort Lauderdale, where we have an excellent English school. Fort Lauderdale is considered American Venice, with many canals across the city.

The West Coast is full of endless beaches with fine sands and clear waters in San Diego, Los Angeles, and San Francisco, making you enjoy a time you will hardly forget.

You want to go to the East Coast or the West Coast, and wherever you want, we will have an English school that covers all your needs and budget. From General English, passed by Business English or Cambridge preparation courses, TOEIC, TOELF, IELTS ... 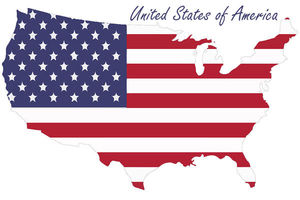 Boston has a long tradition of educational success and is a city full of life, unmistakable character, and history

Chicago is famed for its rich history and lively culture, in addition to its legendary cuisine, music, and architecture

'The Venice of America' is one of the principal cities in the Miami area, a renowned tourist attraction, and the World's Yachting Capital

Infuse your memory with unforgettable memories of your English course in Honolulu, with its year-round mild climate and stunning beaches

LA is the city of celebrities, known worldwide for its beaches with good weather all year round and the Hollywood Walk of Fame

San Diego has excellent weather, a casual outdoor way of life and a beautiful landscape that provides students with an excellent learning experience

One of the most impressive and magical cities in America

Known as the American Riviera, with beautiful beaches and mild weather where you can catch the best waves or an unforgettable sunset

Seattle has the highest educated population in the country, and it is home to Starbucks, Amazon, Microsoft and more