Hi, my name is Manolo. I am a Spanish man (from La Rioja) who decided to move abroad after finishing my studies to improve my English, enrich my CV, and explore the world.

20 years have passed since then, and I am still in the country that welcomed me, gave me a job, a beautiful Irish wife, and two wonderful children who make me enjoy life even more.

The start of my Irish adventure was not easy, as my second language was French and I had very little English when I arrived. So it was quite a task to find accommodation, open an Irish bank account, process my social security number, write my CV in English (I had to change it 40 times!), or look for a job. Facing interviews in a language I had little grasp of was a huge challenge.

But there is always light at the end of the tunnel and, with effort, dedication, and patience, I achieved my dreams and built a new life in Ireland.

It was good to have clear targets from the moment I left my home country, to keep my spirits up and keeping my focus on what I wanted. So after gaining the fluency, I needed in English (the best and quickest way is to move to an English-speaking country), I found a well-paid, skilled job here in Ireland. I felt I was on a roll!

I was happily working in a busy multinational company, supporting other companies in the tech sector, when a good friend back in Spain asked me to help her find a "good English course in a good school" in the city where I lived, Galway.

I began doing "agency work" without being aware that I was becoming an agent!. I couldn't let my friend down, so I checked out all the English schools in my adopted city, including prices, accreditations, accommodation options, extracurricular activities, and updated all my information again; since I had already taken courses in the schools in my first few months in Ireland.

Deciding what the best option for this particular young Spanish girl, adapted specifically to her needs and budget, was a meticulous job that I really enjoyed.

Word spread, and soon many people in La Rioja, my home region of Spain, began to get in touch seeking advice about the best cities to visit, the best courses to take, and the best schools in Ireland. Soon, I was spending hours researching schools outside of my day job - but really enjoying it, and the interaction with the students and their families back home.

Eventually, this inspired me to establish an "English Course Agency in Ireland", with the name INGLÉS EN IRLANDA ("ENGLISH IN IRELAND"), and something I enjoyed doing in my spare time became a full-time job.

Any hurdles that I have had to overcome from the moment I arrived in Ireland have actually been a huge help to me in establishing a successful business. My experience since then, providing a personalised service to a wide variety of language students from a variety of countries, has become my most valuable asset.

Whether it was the excellent selection of schools, or the good and friendly advice provided to students free of charge, or perhaps the sum of the two, INGLÉS EN IRLANDA soon became too small, as students who came to Ireland to improve their English then began to ask me for advice about studying in other countries.

After a student sought advice about taking an English course in Toronto (Canada), I had to "expand my borders" and extending the expertise I had developed in Ireland to other countries.

Requests came in for school and accommodation packages in Edinburgh in Scotland, for Liverpool, London, Malta, Vancouver, New Zealand, and a variety of other cities, and I also began to receive a host in inquiries from Irish people who wanted to take Spanish courses in locations such as San Sebastián, Ibiza, Madrid, Málaga, Cádiz, Salamanca, Valencia, and Bilbao, in Spain, as well as further afield in countries such as Panamá and Costa Rica.

So the name INGLÉS EN IRLANDA no longer reflected the service we were offering, and we decided to change it to "LLA – LEARNING LANGUAGES ABROAD". The business expanded, branching out to new locations, with a new name which better described the service we provide, helping people to learn any language in the country where it is spoken as the native language.

So now we can help you learn English in Ireland as well as in the United Kingdom, Malta, Canada, USA, South Africa, Australia and New Zealand, learn Spanish in Spain and Latin America, French in France and Canada, German in Germany and Austria, Italian in Italy, Portuguese in Portugal and Brazil, Japanese in Japan, Korean in South Korea and Chinese in China...

Doing things with the heart gives immense satisfaction. The student and his or her parents receive close and personalized attention, which resolves their queries and uncertainties, based on our experience accumulated throughout the past 20 years. I aim to provide exactly the support I would have liked to have had when I arrived in Ireland with barely a word of English!. Inspiring people to travel and learn provides us with enormous satisfaction, the joy of a job well done when the students tell us that their trip has been a complete success and that they will treasure memories from their adventures overseas forever.

LEARNING LANGUAGES ABROAD has a reputation for the quality of service, in selecting schools, sourcing accommodation, and our interaction with our students before they arrive and during their period of study overseas. . For this reason, we are an IALC approved agency, authorized by Quality English, accredited by ICEF, accredited by FELCA and members of EAQA, all of the leading international bodies in the language learning industry. 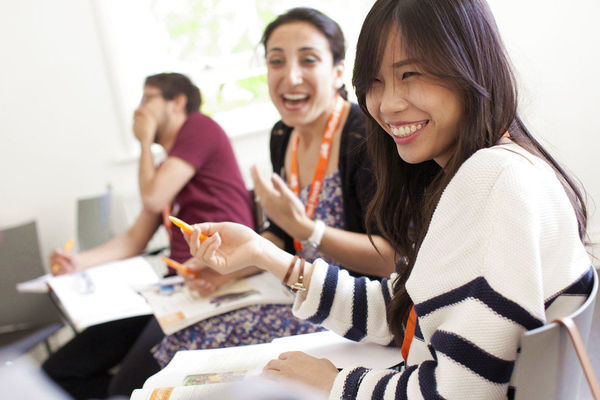 Our mission is to inspire you to choose, through personalized attention and our website, the best school, the best course, and the best accommodation package, adapted to your goals and your budget so that you can improve your language level, grow as a person, and stand out professionally in your chosen career.

We firmly believe that courses overseas offer the best and most enjoyable way to learn a language, so we intend to continue offering you the best destinations with new languages, new schools, and new accommodation, which meet our quality criteria. Your experience is 100% successful. And that you recommend us to your friends and families.

For us, it is essential to offer you all this with complete transparency, through a personalized service that will resolve any doubts or fears you may have, always offering you the best price on the market (with a refund guarantee), to ensure you will be totally satisfied with our services.